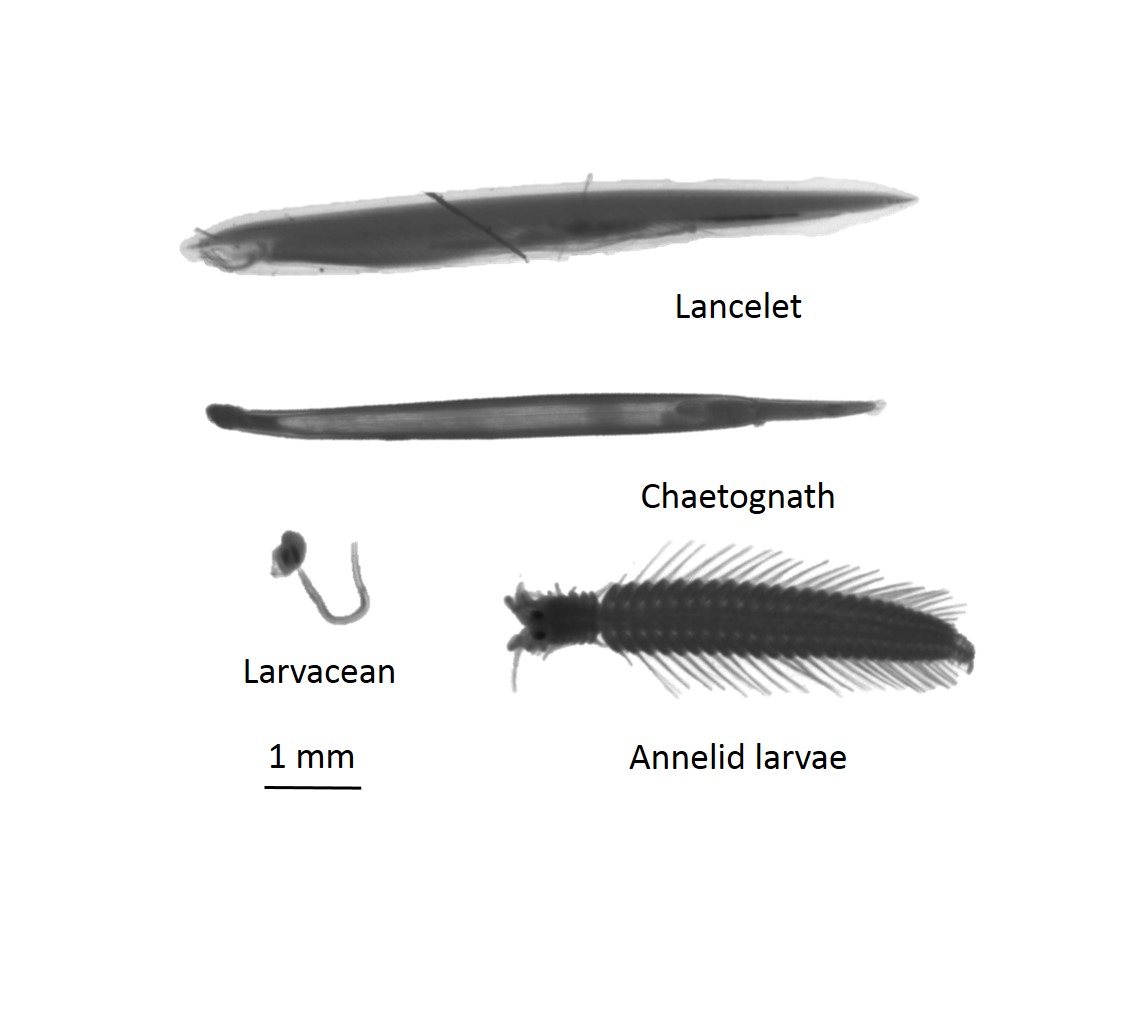 This animal looks a lot like a larval fish, but without eyes or a jaw.  They occur in saltier areas of the estuary, and are more common further south in Florida and the Gulf Coast.  Adults spent their time in the sediment, but the larvae are planktonic.  They are chordates, and are often discussed as an evolutionary link between invertebrates and chordates.

This small urochordate is common in coastal waters.  They have no definitive head, but have a distinct tail joined to the body at a right angle.  Larvaceans construct mucous houses with a series of filters to trap small particles for food.  These houses can be abandoned when the filters become clogged or the larvacean is threatened.  These abandoned houses sink to the bottom, helping transport food from the top of the water to the seafloor.

Chaetognaths are common in saltier areas of estuaries where they ambush prey (mostly copepods) using tiny hairs (cilia) to detect movement in the water.  Their unique tail shape and small head is helpful in separating them from fish larvae and lancelets.

Segmented worms are common throughout the marine environment.  Most are benthic, but most of their larval forms are planktonic, as well as some specialized reproductive adults (epitokes).  Annelids can be identified by their segments, the appendages at the ends of those segments, and usually fine bristles on the ends of those appendages.  They are important food sources for coastal and estuarine fish.